How the simple question ‘Why’ can unlock innovation opportunities 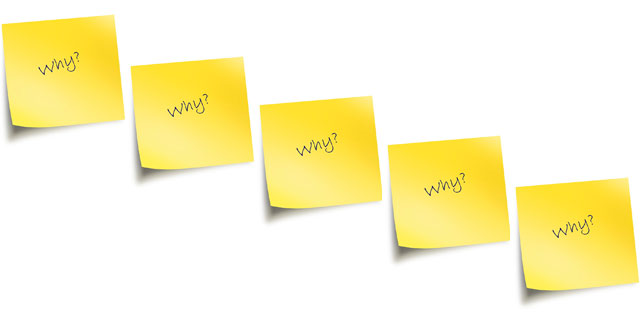 We live and work in a world, in categories and in companies where we are surrounded by unspoken ‘rules’: some of them are there for good reason, but some may not have been good rules in the first place and – especially given the current unprecedented rate of change – many are now outdated. These ‘rules’ can both constrain innovation and point to new opportunities.

At Brand Genetics we believe a key first step in any innovation challenge is to define the existing ‘rules of the game’ but then to questioning why they exist. ‘Why’ is something we’re always constantly looking to understand when talking to consumers about their behaviour, but too often it’s a question we don’t pose to ourselves enough! Equally, too often we stop asking ‘Why’ the first time we hear the word ‘because…’.

Psychologists have shown the very word ‘because’ triggers an automatic response in most of us. Prof. Robert Cialdini set up a study in which a researcher asked if she can push ahead in a queue to make photocopies – the researcher asked in three different ways, with surprising results:

So in the first scenario the explanation  (“I’m in a rush”) – which most of us would think to be the reason for the high compliance – is shown to have had virtually no impact. Rather it was the use of the word ‘because’. It’s this heuristic (what Daniel Kahneman terms ‘fast thinking’) is very dangerous to those of us trying to get a deeper understanding by looking to understand ‘why’ something happens.

To combat this sort of thinking Jeff Bezos has built the ‘5 Whys’ problem diagnosis approach into Amazon culture. As the name suggests this requires you to ask why at least five times when confronted with a problem – not to simply stop when you hear the first ‘because’. This simple tool – while imperfect – does help give a rapid insight into a problem and its causes.

In order to uncover new opportunities we need to foster a stronger sense of curiosity and a willingness to go beyond the first ‘because’ to get to the root of a challenge. Asking ‘why’ more often – and using a technique like the ‘5 Whys’ – might help you identify the real problems and the rules that can then be changed for the better. And if we can start by truly understanding the problem, and why it needs to be solved, we will ensure we develop relevant and impactful solutions that tackle the real problem, not simply another symptom.