Hydroponics, aquaponics and vertical farming systems… What we’ve been reading this week at Brand Genetics 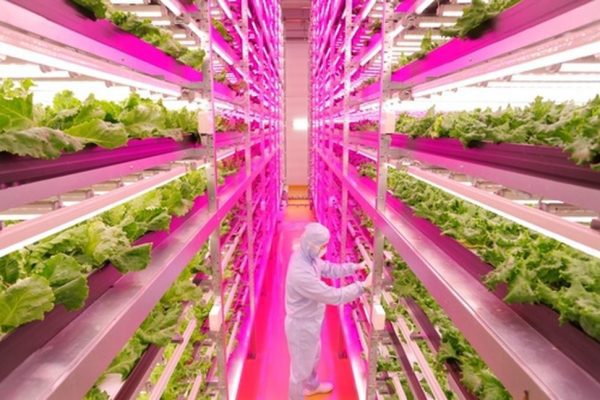 This week we’ve been reading about Urban Farming, and a few insights have caught our eye…

By 2050, the human population is expected to reach 9.7 billion people with almost 70% living in cities. Not only does this increase in population place tremendous pressure on the fundamental infrastructure that is necessary for contemporary society to function, but the rise of urbanization makes accessing the vital nutrients we need to live challenging.  Farming and agriculture are two systems with mounting pressure to accelerate outputs in the next three decades and are currently facing mass disruption with innovators in this space looking beyond traditional methods to accommodate to increasing consumer needs.

Indoor Farming – the growing of produce in enclosed areas – is not a new concept.  The age-old greenhouse is a perfect example of an indoor farm and is still one the most efficient and cost-effective ways to grow produce.  However, emerging technologies are pushing the boundaries of farming innovation and recently we have witnessed remarkable innovation in farming methods which allow for unprecedented yields per square meter.

By cutting out soil (the middle man!), farmers are able to feed plants their nutrients directly, and in some cases as part of a closed, self-sustaining loop. While these techniques are all nested under the umbrella of hydroponics, there are some key differences between the most popular farming 2.0 methods:

One of the greatest advantages of Indoor Farming is its very high crop yield.  Compared to traditionally grown tomatoes, hydroponically grown tomatoes in a greenhouse yield almost six times the tomatoes per square meter. An even greater gap can be seen with leafy greens, where the yield was over twelve times more than traditional farming.  Additionally, the closed environment means that there is no need for pesticides or other chemicals, effectively making indoor farming organic.  This results in companies and farmers being  less scared of demonstrating transparency with their consumers, something that is becoming increasingly expected and valued.  Indeed, Wal-Mart recently announced that it is implementing a blockchain based supply chain monitoring system to reassure customers that all of their produce is 100% traceable, while simultaneously giving Wal-Mart greater control over their supply chain.

Another important benefit of Indoor Farming is the small space requirements. Given the increase in urbanisation, indoor farms present themselves as attractive solutions to the growing demand for close to source produce.  Indoor Farms can be started in cities (Urban Farms) and grown on rooftops, communal gardens, elevator shafts and even unused bomb shelters (see below).  Not only does this mean that produce is grown much closer to where it is consumed, cutting out the need for transportation, but their high yields significantly cut down on the amount of land used for farming.  The increasing amount of land used for farming is the second biggest cause of loss of biodiversity.  A whopping 75% of agricultural land is used to grow animal feed. However, an increasing number of people are making the decision to reduce or entirely exclude meat from their diet, a shift that has the potential to return much of the agricultural land back to the natural habitats of many endangered species.

Plenty has opened their first vertical farm this year outside of Seattle, supplying enough greens for 186,000 Americans. They already have plans to expand to China with 300 new farms, claiming to use significantly less water while producing a yield 350 times higher than a conventional farm of the same size.

Private companies are not the only ones who want in on indoor farms.  Many supermarkets across the globe are trying to eliminate the gap between them and absolute freshness. Delhaize was the first supermarket chain in Belgium to offer greens grown directly on the store’s rooftop with fresh, local and organic produce to Brussels.  Likewise, Albert Heijn The Dutch supermarket chain was the first in the country to have an instore farm. The herb garden also sells herbs and greens grown directly in store.

Population is increasing and it is placing undue pressure on global farming and food systems to meet market demand. Urban farming systems like hydroponics present themselves as attractive sustainable solutions to these growing problems. However, to date, they have failed to be profitable because of the large cost of human labour. As robots become more sophisticated they should be able to take over some of manual labour necessary to keep these systems in tact. We of course believe the future is human and urban farming systems are a fundamental part of that future – albeit with a helping hand from a robot assistant.