How persuasive is your marketing?

If you’re thinking about persuasion in marketing in terms of rational argument, then you’re missing out on the true power of persuasion; persuasion by appealing to people’s intuition not their reason.

Thinking, Fast and Slow is an accessible overview of Nobel prize-winning insights from psychologists Daniel Kahneman and Amos Tversky’ into how human intuition works.

The basic idea is simple – there are two routes to persuasion, based on two basic modes of thinking.

The problem with much marketing is that it tries to appeal to “System 2” thinking with rational ‘persuasion attempts’ when most consumers, most of the time, use System 1 intuitive thinking to judge, decide and act (mostly because System 1 thinking is easier and faster).

The opportunity for marketing therefore is to focus on System 1 intuitive thinking, and persuade through intuitive appeal as well as rational argument.

To do this, marketers need to understand the basic social, cognitive and emotional factors that underpin System 1 intuitive thinking.

Intuitive thinking is not magical; something ‘feels right’ when it fits a mental rule of thumb (heuristic) or the way our mind is wired (cognitive biases). For example, we are intuitively drawn to brands, quite independently of any rational appeal, based on their

In spelling out the System 1 heuristics and biases that are the DNA of human intution, ‘Thinking, Fast and Slow’ provides marketers with a blueprint for a new generation of intuitive marketing  based on appealing to consumers intuitive selves as well as their rational selves.  Persuasion is still the name of the game – but through appeals to intuition, rather than logic. 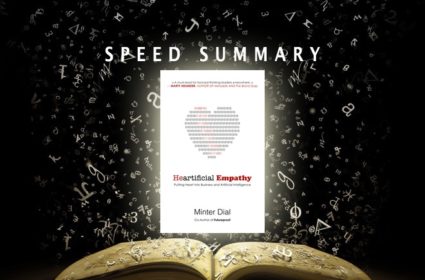