This week at Brand Genetics we’ve been reading all about blockchain and its various applications, and a few unorthodox insights have caught our eye…

It seems that ever since blockchain was first introduced to the world, it’s garnered interest, intrigue, and acclaim — albeit muddled amidst a cloud of misunderstanding and confusion by many as to what exactly it is, how it works, and what it’s used for. This week we review the underlying principles behind blockchain and explore a few promising applications that give us some insight into the evolving technological landscape. 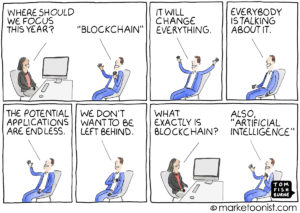 Without diving too deep into the details (for a comprehensive yet accessible introduction, see here), blockchain is essentially an ‘ecosystem of digital value’: a highly secure, decentralized digital ledger for exchanging, managing and governing an evolving set of information. Invented in 2008 by Satoshi Nakamoto (the chosen pseuodonym for the real person or people behind the technology), it was originally developed for the digital currency Bitcoin as a way to disintermediate banking. It works by recording, storing, and validating ‘blocks’ – records of information (‘value’) that typically include a history of previous blocks, a timestamp, and transaction data – linked together and distributed as ‘blockchains.’ A self-auditing and distributed ledger, blockchain enables:

The most common application of Blockchain to date has been in financial transactions, due to its link to Bitcoin and its obvious appeal for the financial sector as highly secure and highly traceable. In our recent post about the Future of Money, we shared an example of how blockchain technology is being used to teach children about cryptocurrency and saving. But now that blockchain is becoming more widely accepted and understood, applications beyond financial transactions are gaining traction. 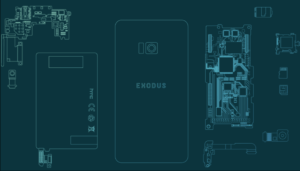 For example, following last September’s Sirin Labs announcement of a blockchain smart phone, HTC just unveiled its plans to develop a new blockchain-powered Android phone named Exodus. The phones will be part of a ‘native blockchain network with all Exodus phones acting as nodes’ to facilitate trading and communication amongst users, and will come with many blockchain-enabled features, including a digital wallet and built-in secure hardware enclave for cryptocurrencies and decentralized applications.

Blockchain is also making its way into the food and grocery space, with big names like Walmart, Unilever, Nestle, and Tyson using blockchain to keep track of where food is coming from, how it’s processed and stored, and sell-by dates. Specific supply chain start-ups like Provenance and Cloud Logistics are also popping up to help make supply chains more transparent using blockchain technology.

Provenance: from shore to plate

Going an additional step beyond financial transactions, Blockchain start-up Civic partnered with brewing giant ABI to introduce a blockchain-enabled vending machine at this month’s CoinDesk Consensus summit. Using blockchain based technology, the vending machine facilitates on-demand, low-cost identity-verification in order to verify that consumers are of legal drinking age before dispensing beer. As Civic Head of Communications & Marketing Titus Capiln explains: “With over 190 countries and respective ID documents out there, it’s hard to know them all […] There are solutions out there that can add technology to the decision, but they are centralized, arguably insecure and they can, at any time, decide to misuse that data. This changes today.” 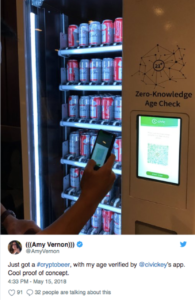 Only time will tell what the future holds in store for Blockchain and cryptocurrencies more specifically— but one thing is clear: the appetite for transparency and information access is strong and unlikely to go anywhere soon. Not just in sourcing and traceability, but increasingly across many aspects of life people are looking for honesty and integrity — they want the information to exist and they want to have immediate access to it. The sooner brands and businesses not only realize this, but action this — integrating it, not just in their communications strategies but innovation strategies as well — the more it will open up a whole new world of possibilities.