This article is part of our series on Market Insight: Middle Eastern food. You can view the full series or download the report.

Middle Eastern cuisine is increasingly influencing not just what, but also how we eat. While its dishes and tastes are becoming more widespread in the Western world, evidence suggests this is just the beginning.

Our latest report provides a cross-cultural viewpoint as to how this Middle Eastern influence is growing and identifies 5 key trends set to shape the future of global food culture and what this means for brands and their managers.

This week we explore our third trend, which tracks the transition in communication from the broad categorisation of Mediterranean towards a distinct Middle Eastern perception and now into the rise of regional nuances.

In the past it would come as no surprise to see brands purveying Middle Eastern cuisine positioned as ‘Mediterranean’ food. The western acceptability and accessibility of this broader term previously became the default route to market and a way to mitigate against the risk of negative regional perceptions.

But, as gateway dishes such as falafel and hummus have become more popular, this is changing. Increasingly there is appreciation in the West of positive Middle Eastern culture, compounded by increased media coverage, which has given rise to a broader understanding of the region—and specific local cuisines. See Nigel Slaters recent prime time BBC 2 series, covering each part of the region in turn, all being recognised and allowed to celebrate their own unique identities and flavours.

“Things like hummus, pita and falafel were tasty entry points, but now consumers are ready to explore the deep traditions, regional nuances and classic ingredients of Middle Eastern cultures, with Persian, Israeli, Moroccan, Syrian and Lebanese influences rising to the top.” (Wholefoods, 2018)

This wider shift in perceptions has allowed Middle Eastern cuisine to emerge in new forms, and traditionally regional flavours and spices such as harissa, za’atar, zhug, sumac, kefir, labneh and tahini are becoming increasingly prominent features on Western menus. For example, 66% of all new harissa products introduced in the world between 2013-2017 took place in Europe.

Ultimately gone are the days of one Mediterranean size fits all, and even domestic brands are benefiting from increasingly sophisticated palates; we are seeing a number of them introducing more adventurous flavours from the region.

As customers become better educated and more adventurous, brand managers should look to celebrate regional nuances, telling the full provenance story behind their ingredients and inspiration. Similarly, 2019 is the year to be brave with new and exciting flavours to intrigue and stand out. Looking east for your next flavour may give you the added edge to disrupt the domestic market.

TH Foods brand Harvest Stone Organic pioneer gluten-free, non-GMO and organic crackers packed with whole grains, seeds, and not much else. They are setting the pace for incorporating regional ingredients into their product range, understanding the Middle Eastern trend and innovating flavors into new spaces.

Riding off the ‘hummus wave’ their latest launch combines the MENA flavors of tahini and sprouted chickpeas to deliver a disruptive accompaniment to the popular dip. Proving that breaking away from the all-encompassing Mediterranean catch-all and shedding light on regional products can thrive in new markets!

Download your copy of the report now and if you are interested in how to find the human future of the food market, please get in touch. 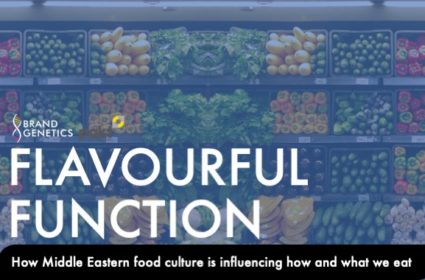 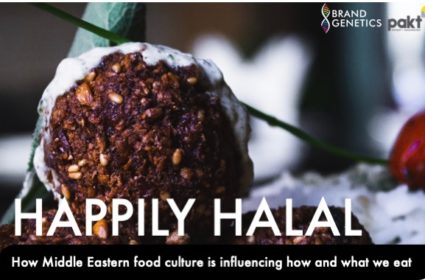 Market Insight: Middle Eastern food Happily Halal
Middle Eastern cuisine is increasingly influencing not just what, but also how we eat. While its dishes and tastes are becoming more widespread in the Western world, evidence suggests this is just the...
12th June 2019   |   3 minute read 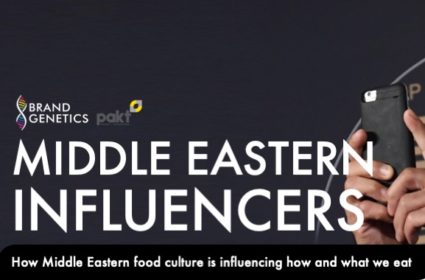 Market Insight: Middle Eastern food Middle Eastern Influencers
Middle Eastern cuisine is increasingly influencing not just what, but also how we eat. While its dishes and tastes are becoming more widespread in the Western world, evidence suggests this is just the...
30th May 2019   |   3 minute read
Load more