Spotify, Excedrin, and Empathy… what we’ve been reading this week at Brand Genetics

There has been a lot of discussion and debate over whether technology poses a threat to human relationships and connections – namely whether it’s making us more lonely, less social, and gets in the way of us developing key emotional and social skills (in fact, someone just wrote a book about it.)

While in some instances this may the case, it definitely seems as though there is potential for technology to have the opposite effect – to strengthen and enable, rather than destroy, emotional connection. And in particular, empathy: the ability to understand and share the feelings of others.

Clouds Over Sidra – Enter another world

Virtual reality (VR) is perhaps the most obvious example of this. Back in 2015, Chris Milk of VR media company Within released a TED talk titled “How virtual reality can create the ultimate empathy machine.” In it, he tells a story of how VR can be used to create (and experience) the life of another, in this case the life of a Syrian refugee in Jordan named Sidra. “Film,” he says, “is this incredible medium that allows us to feel empathy for people that are very different than us.” 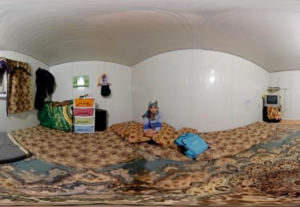 A collaboration between Milk, his VRSE team, the United Nations, and Gabo Arora, “Clouds Over Sidra” aimed to do just that – providing an opportunity not merely to watch Sidra, but to ‘enter’ her world. By doing so, you “feel her humanity in a deeper way.” The video was shared at a World Economic Forum, in an attempt to show the people who have the decision-making power to change lives the lives of those they can change. As Milk concludes, “VR connects humans to other humans in a profound way […] Through this machine, we become more compassionate, we become more empathic, and we become more connected. And ultimately we become more human.” 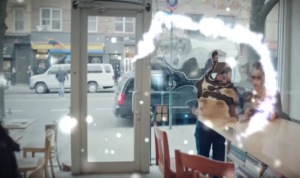 In a similar vein, well known US painkiller brand Excedrin used VR last year to simulate the experience of a migraine for those who had never had one. Using visual and auditory cues, they brought to life the symptoms many migraine sufferers experience, including blurry vision, flashing lights and disorientation. Each simulation was customised to a specific patient and their symptoms, then shown to that patient’s friends and family in order to increase empathy in those that never get them – giving them a taste of what the sufferer goes through so that they can better understand and react when it happens again in the future.

Taking a slightly different approach, Spotify teamed up with non-profit Fundación Triángulo earlier this year to simulate the experience of sexual harassment for its male listeners, to give them a taste of what many women go through on a daily basis. Male listeners were targeted and during commercial breaks were played a recording of a woman catcalling and verbally harassing them. Spotify did not shy away from the exercise either – the catcalls were not harmless and juvenile, but designed to make listeners uncomfortable. The recording then ends with a male voice: “You have just been harassed and you have not been able to skip this ad. The same thing happens to women who endure an average of one minute of harassment a day. Do not harass, respect” – thus engendering empathy in an attempt to prompt listeners to not only support but take action.

Taking this even further, UX designer and gamer Clorama Dorvilias is working to “remove shame and guilt” from diversity and inclusion training. Specifically, she wants to remove bias from such training programs, especially in professional and educational settings. Using her experience in VR and UX design, she is developing VR tools and games that explore unconscious racial bias – first confronting and educating, and then providing tools and learnings to overcome and reduce such bias.

In response to learning that “teachers disproportionately subject students of a different race to harsher treatment and are less likely to provide them support causing an achievement gap for students of colour,” Dorvilias worked with collaborators such as Jessica Outlaw of The Extended Mind to develop The Teacher’s Lens: a VR app that puts participants in the role of classroom teacher and simulates a real classroom environment and all that goes on within it. By “gamifying” empathy in this way, she’s using technology to make it more accessible, digestible, and measurable. 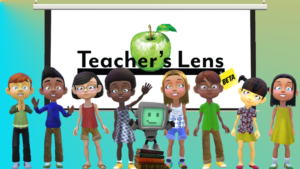 As a company built around the philosophy that the future is human, we firmly believe there is no substitute for genuine human interaction and connection. However, technology has reached a level of sophistication where its applications cannot be ignored. Rather than fear how it could replace or degrade human roles, connections, and relationships, we feel it’s important to recognise the real benefits it can have in enhancing and enabling those very same things.

Technology has the power to create and provide opportunities for empathy that we simply wouldn’t have access to otherwise, given the pace and expanse of the world, as well as our own human limitations. Thus, let’s celebrate technology for all its potential rather than its drawbacks — as a means to bring us together rather than pull us apart.