Are we spending our money wisely? – A Conversation with Dan Ariely 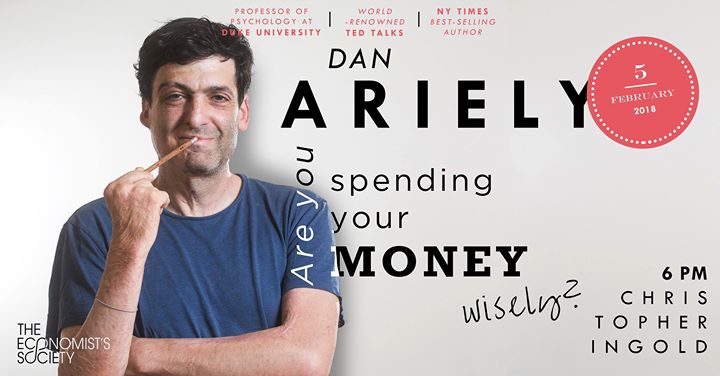 Ariely defines friction as things that add steps to a process.  A very simple example involves the need to bend down to get at the vegetable drawer in a fridge. “It’s a bad design” claims Ariely, and is a barrier to eating healthily.  His argument is that this area is hidden at the bottom of the fridge, which makes the eye-level food items more attractive and adds friction to the healthy eating process.  Therefore, when trying to understand human behaviour and motivations, it’s essential to keep friction in mind as “generally, people hate doing anything”. 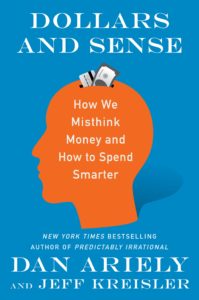 Another example is the various attempts to get people to stop smoking.  Images of damaged lungs and rotting teeth on cigarette packs barely made a difference.  It was through adding various forms of friction, including taxes, ‘social shame’ (making smokers stand in designated areas outside of buildings) and creating the concept of the ‘passive smoker’, that was most effective in driving down numbers.

Another way to make people alter their behaviour is to add ‘irrelevant motivations’.  Once upon a time, Proctor and Gamble told us that brushing your teeth twice a day was more socially acceptable and De Beers convinced us that “diamonds are forever” and that a marriage is incomplete without a diamond ring – and we haven’t looked back since.

Ariely says that all this is relevant to the way we spend money today because that process has changed beyond recognition over the course of 50 years with significant consequences.  The evolution from cash, to cheque, to card, saw a corresponding increase in spending (and inevitably borrowing and debt). We now live in a world of contactless payments and cryptocurrencies which have made spending money even more frictionless.  As we embrace a more digitalised spending economy where transactions can be made seamlessly, it is important for consumers to add friction and increase their ‘pain of purchase’ – the feeling of loss associated with having money taken away – to help control their spending. 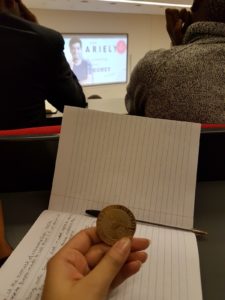 The coin used to help the Kenyan people save money

Recent studies Ariely was involved in centred around helping different groups of people save money.  These included poor Kenyans living in the slums of Nairobi and middle-class Israeli citizens.  For the Kenyan’s, the most effective solution was to distribute physical coins for them to scratch off the number of weeks over which they had saved money, and through transferring their savings to banks to make it harder for them to spend it (increasing friction).  On the other hand, Israeli citizens were encouraged to save up for a college education in specifically titled ‘college savings’ bank accounts.  Both were successful and although they were very different in nature, there was one thing in common – they made the invisible visible.  The coin acted as a physical reminder and source of motivation for the Kenyen people, while the college-specific bank accounts provided a sense of direction to guide Israeli’s towards investing in a better educated future.

With more and more ‘frictionless’ money services becoming popular such as Apple Pay, new apps like Monzo and Atom are now becoming increasingly popular and in-demand, with the purpose of making our increasingly digitalised transactions feel more tangible.

So, when you are designing your next innovation, ask yourself, what is the right level of friction that you need to drive the behaviour you are wanting to see?