Food Pioneers – Learning from the Innovators

As an innovation business, we are always inspired by stories from real innovators – so we were spoiled for choice at yesterday’s Food & Drink Innovation Network event, Food Pioneers.

Fraser Doherty talked us through his compelling human story, subtitled “the adventures of Jam Boy”. Initially aged 14, he made 100% fruit jam, using his grandmother’s recipe, and built the SuperJam brand from scratch.  It’s now sold as far afield as South Korea, and sits resplendently in the National Museum of Scotland,  alongside such iconic Scottish brands as Irn Bru, Tunnocks Tea Cakes and Baxters Soup.

Fraser’s engaging self-deprecation only enhances his “Jam Boy” story, and he concludes by informing us his grandmother is blissfully unaware of her intellectual property rights! His recipe for success?  “Never expect to get it right first time round”.

Charlie Bigham’s passion was always to be different.  He set out to transform the miserable “ready meals” category, by producing naturally good food, with fresh ingredients, made in small batches as you would in your own kitchen at home.  For Charlie, food is about pleasure and bringing people together, so he puts taste above price or process every time.  Led by his flagship Fish Pie, 21 of his 40 recipes hold Great Taste awards, and consumers thank him for giving new meaning to the concept of “convenience food”.

Charlie’s advice to others includes being “mildly obsessive” and “minding about the light bulbs” – meaning that attention to detail is of paramount importance.  And he believes great businesses remain independent, so he politely tells any prospective takeover buyers to “piss off”.

Finally Rob Wilson is Chief Toaster for Toast Ale – beer brewed with bread waste.  As the UK throws away 46 million slices of bread every day (a staggering 44% of all bread produced), Rob includes a slice of surplus bread in every bottle, with all profits going to the charity Feedback, which aims to eliminate food waste.  The bottles carry subtle tasting notes (such as “well kneaded”) and responsible drinking messaging (such as “bread shouldn’t be wasted, and neither should you”)!  But as with Charlie and Fraser, taste and enjoyment are key.  So Rob’s belief is that to change the world, you have to throw a better party than those who are destroying it.

Rob advocates the combination of personality, authenticity and purpose.  He believes in “equity for good” (vs Brewdog’s “equity for punks” scheme), so he’s motivated by setting up a Tinder scheme that matches bakeries and breweries, and by the fact that 30 million people have downloaded the Toast recipe.  All well worth raising a Toast!

Our conclusion?  When people, passion and purpose come together, that’s where the innovation magic starts to happen… 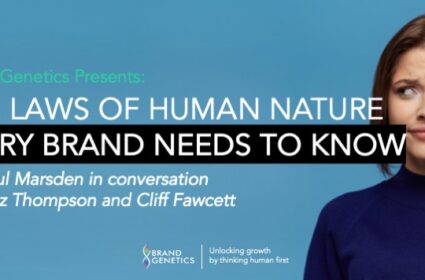 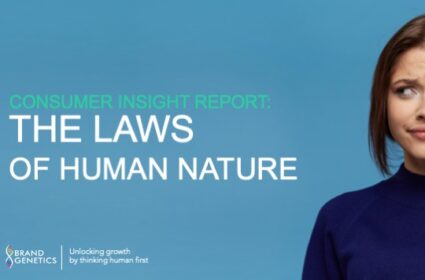 The Laws of Human Nature Insight report: The Laws of Human Nature
Humans are hardwired to pay attention to the new, the different or the unusual, so in turbulent times it’s tempting to focus on what’s changing in the world. However, by following this path you an...
25th January 2021   |   3 minute read
Load more