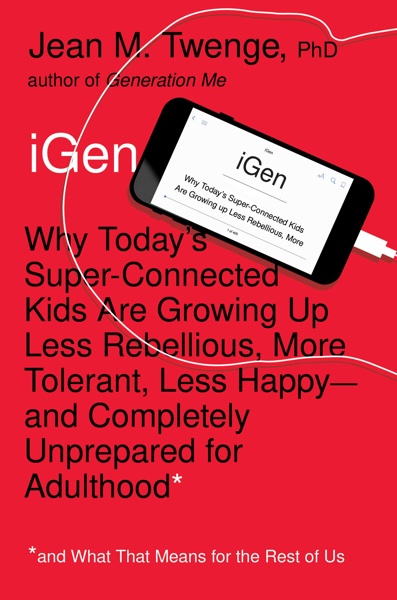 How do brands connect with Generation Z, the latest youth demographic emerging into adulthood? Here are seven evidence-based insights from Dr. Jean Twenge – a leading psychologist specializing in generational differences – from her latest book iGen.

Sandwiched between Millennials (also dubbed Gen-Y) and the new Generation A, Gen-Z is the generational cohort born between the mid-1990s through to 2012. With 1995 marking the birth of the World Wide Web, Gen-Z is the first generation comprising only of digital natives, which is why Twenge prefers to dub Generation Z, the iGen.

There are many saccharine – and largely fictitious – accounts of Gen Z traits available (many of which look suspiciously like older reports with Y or Millennial crossed out and simply replaced with Z). What separates Twenge’s analysis is the use of compelling large-scale age-matched generational data comparing Gen-Z now to previous generations when they were the age that Gen-Z is now.  This allows for a genuine comparison and removes general traits associated with youth (e.g. easy adoption of new technology, wanting to change the world). Twenge’s data also allows for some debunking of some Gen-Z myths.  For example, Gen-Z are not more entrepreneurial than Millennials (in fact they work less, and are less likely to want to own their own business). Nor are they more religious (in fact they affiliate less with religion, attend fewer religious services).  The myth-busting and cliché-stripping nature of Twenge’s iGen makes for a compelling read and a useful source of insight.  Moreover, as a psychologist, Twenge helps the reader get into the head of this generation, and provides a useful understanding of the Gen-Z mindset.  Recommended.