Predictably Irrational is the bestselling book on irrational consumer behaviour by psychologist and MIT professor Dan Ariely.  The main thrust of the book is that consumers are systematically irrational in their behaviour – at best making sub-optimal choices, and at worst engaging in self-punishing behaviour.

Attacking the rational choice theory that underpins most marketing models, Ariely uses behavioural economics, a fusion of economics and psychology to explain how consumers do behave, rather than how they should.  He also takes a healthy swipe at consumer survey research, demonstrating that survey responses often have more to do with the design of the survey, than with what’s being researched (see video below).

The top-line takeout is that consumers are not rational actors, but irrational reactors – reacting to environmental stimuli with a set of cognitive heuristics (mental rules of thumb) that are fast and frugal, prompting them to do things that are often smart, but sometimes stupid.

1. The Truth About Relativity: The human mind uses comparative thinking to make decisions, comparing options on offer, and comparing ourselves to others – and this leads to irrational behavior.  For example, you can use the decoy effect to boost sales of a product by adding a decoy product to your product line that you don’t intend to sell, but has extreme pricing, either much higher or much lower than other virtually identical products.  This will boost sales of products that were previously the highest or lowest priced, as they are comparatively cheaper (or better quality for low priced goods – price is irrationally associated with quality). High street retailer Williams-Sonoma used this technique to boost sales for bread making machines adding a “deluxe” version that was virtually identical but 50% more expensive.

2. The Fallacy of Supply and Demand: Another irrational consequence of comparative thinking. When we walk into a store, the first price (or even arbitrary number) we see becomes an “anchor” we use to judge whether other goods are good value. “Anchoring” has a major long-term effect on our willingness to pay.  We have behavioural anchors too, like the experience of a Starbucks coffee becomes an anchor point to which we compare all other café experiences.  Understand the anchors at play, you’ll understand the consumer.

3. The Cost of Zero Cost: Why we often pay too much when we pay nothing. Zero/free is a source of irrational excitement; it’s called the “zero price effect.”  Consumers will trade-up and pay more just to be able to get a free gift or bonus, such as free shipping.   And they’ll wait in line for absurdly long times or go to extraordinarily long lengths to get something for free. As Amazon rolled out free (Super Saver) shipping across markets, sales increased accordingly. Free is the most valuable word in marketing.

4. The Cost of Social Norms: Why we are happy to do things, but not when we are paid to do them. Consumer behavior is patterned by two sets of norms – social norms (implicit rules of social interaction) and market norms (explicit and hard transactional business rules) – understand the norms at play and don’t mix the two.  For example, encourage consumers to spread the word to help their friends, but don’t pay them to do it – shilling to friends breaks social norms.  Use social norms where possible rather than create new market norms with financial rewards or fines – these have a tendency to backfire. When a school tried to reduce late-arriving parents by issuing fines, the problem got worse, not better – the fine created a market norm, a paid-for transaction that legitimized the undesirable behaviour. 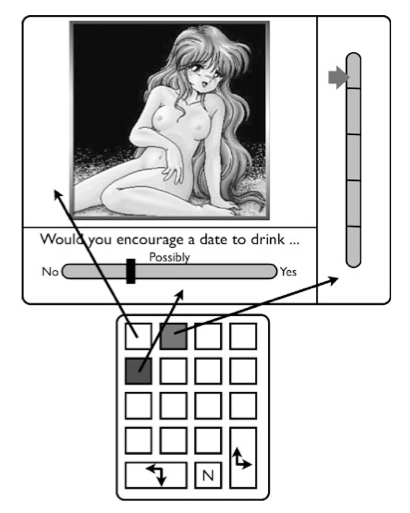 6. The Problem of Procrastination and Self-Control: Why We Can’t Make Ourselves Do What We Want To Do.  Even when it is their best interests, consumers are bad at planning for themselves, and worse at following through with the plan.  Ford found customers were poor at organizing the regular servicing of their cars, so they organized customers, with a simple 6 months, 1yr and 2yr service plan – with reminders.  Suboptimal from an engineering perspective, car servicing volume increased.  Think of consumers as kindergarten kids who need to be actively organized and managed.  If banks had consumers best interests at heart, they’d offer a ‘self-control’ credit card that would allow consumers to set restrictions on their spending in advance…

7. The High Price of Ownership: Why We Overvalue What We Have. Consumers are irrational insofar they overvalue things once they own them.  This is because we suffer from “loss aversion” – we don’t like losing things.  Harness this “Endowment Effect” and the psychology of “Sunk Costs” by getting your product into the hands of influencers – once they own it, they’ll advocate it.

8. Keeping Doors Open: Why Options Distract Us from Our Main Objective. Consumers feel compelled to preserve options, even at great expense – energy, time and money, even when it doesn’t make sense.  When you want consumers to make a decision, close down their options to good and bad, but position your brand as opening doors and opening up new opportunities, rather closing them down.

9. The Effect of Expectations: Why The Mind Gets What It Expects. Previously-held expectations irrationally cloud our point of view and even sensory experience.  Tell a consumer they’ll like something and they will.  Tell them they won’t like something, or use negative associations, and they won’t.  For example, people prefer Budweiser with a couple of drops of vinegar in it, unless you tell them. So tell consumers what to expect and, offer the words to describe the experience and that’ll be their perception

10. The Power of Price: Why a 50-Cent Aspirin Can Do What A Penny Aspirin Can’t.  Price has an effect on experience.  A fake pain killer can work by the placebo effect – expectations trigger endorphins and opiates and other biological reactions that actually change body and experience, and it will work better, the higher the perceived price.  Expensive (branded) goods are experienced as better.

11. The Context of Our Character, Part 1: Why We Are Dishonest, and What We Can Do About It.  People are irrational when it comes to honesty; most people will try to be honest, and be seen to be honest when it comes to major transgressions (e.g. major office theft), even when there is no chance of getting caught.  But for small transgressions (e.g. stealing an office pen), otherwise honest people will be dishonest.  With conscience, size matters.  Priming people’s minds with honest behavior may encourage honest behavior – seeing someone hand in a lost wallet, will prompt them to do likewise.

12. The Context of Our Character, Part 2: Why Dealing With Cash Makes Us More Honest.  Money, like power, is often said to corrupt, but money actaully keeps honest people honest.  Put a Coke in a communal fridge and it will disappear, put dollar bills in the fridge and they’ll stay there. Play a game with tokens, people will cheat more than if they play a game for money.  Dealing with cash cues customer honesty.

13. Beer and Free Lunches: What Is Behavioral Economics, and Where Are the Free Lunches? Consumers are far less rational in their decision-making than most marketing models of consumer behaviour predict. But their irrational behaviors are neither random nor senseless, they are systematic and predictable.  For instance, consumers will sacrifice personal pleasure for public image – the reverse-herd effect, choosing to be different to be seen as being different, even if they prefer what others are doing. So base your marketing strategy on how people actually behave, not their values, beliefs and opinions nor on rational choice theory.  Behavioural economics is a behaviour-first tool for marketing with how consumers are, not how they say they are. 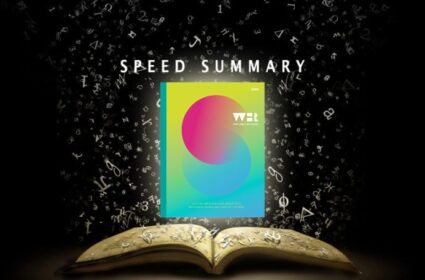