Speed Summary: Against Empathy – The Case for Rational Compassion 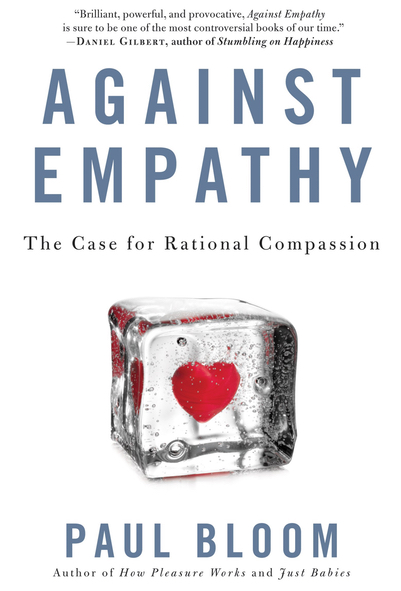 Are you a good “mindreader”? Empathy techniques for reading the minds of consumers are becoming increasingly popular in insight, innovation, and design.

Despite supernatural overtones, mindreading is perfectly natural and one of two defining characteristics of the human capacity for ‘empathy’ (a term coined a century ago from the German Einfühlung for what Adam Smith had called “fellow feeling”). Mindreading is what psychologists today call our capacity to put ourselves in the shoes of the other and see the world from their perspective. Some people are more gifted at mindreading than others (there’s a free scientific self-test here). When mindreading is combined with emotional mirroring (feeling what the other is feeling), we experience empathy – seeing and feeling the world from the perspective of the other.

In business, empathy techniques are used to “shoe-shift” into the shoes of the consumer to reveal insights and opportunities that may be invisible in data patterns, interviews, surveys and observation (examples of empathy techniques include immersion, participant observation, co-creation, role-playing, accompanied shops, usability testing, and reflective exercises (e.g. writing a letter to the brand from your consumer’s perspective)). You don’t need an fMRI scanner to read a mind, you just need to bring your own mind and an empathy technique.

As a concept, empathy has good pedigree – ex-President Obama famously noted that “the biggest deficit that we have in our society and in the world right now is an empathy deficit.” With 80% of brand managers believing that the brand they sell is the best on the market and only 8% of those consuming their brand actually agreeing, it’s hard to disagree. In business, Henry Ford claimed “If there is any one secret of success, it lies in the ability to get the other person’s point of view and see things from his angle”. And eminent psychologist Simon Baron-Cohen (yes, cousin of comedian Sacha) has convincingly argued that the absence of empathy may be the root cause of evil today, and like Obama, he worries about widespread ’empathy-erosion’ – as we lose the willingness and ability to shoe-shift and see and feel the world from the other people’s perspectives.

Enter Paul Bloom, influential Yale psychologist and TED Talk ‘millionaire’, and his latest book ‘Against Empathy’ in which he wages a self-declared “anti-empathy crusade”. Bloom argues with evidence, conviction and logic that empathy is bad for you – and us. Empathy, he argues is biased, myopic, and innumerate – often leading to bad decisions, prejudice and dysfunctional behaviour.

In six chapters and two ‘interludes’ Against Empathy seeks to cull the sacred cow of empathy with five key evidence-based arguments. But first, Bloom clarifies what empathy is and isn’t. When you feel concern or compassion for someone (e.g. your consumer), that’s not empathy, it’s sympathy. But when you feel (and understand) what they are feeling, that’s empathy. In short; sympathy = “feeling for”, empathy = “feeling with” (e.g. ’I feel your pain’). Bloom also notes that empathy appears to be a whole-brain phenomenon – using affective and cognitive processing – there is no empathy module for mind reading and emotional mirroring.

So why is empathy bad for us? Surely seeing and feeling the world from the consumer perspective should be a good thing? Well no, apparently.

Against Empathy ends with the conclusion that empathy is a thoroughly bad compass for making choices and informing decisions, particularly those with a moral dimension. What Bloom suggests we should do is jettison empathy altogether, and replace it with what he dubs “rational compassion”. Rational compassion involves a objective, logical analysis of costs and benefits, with a sympathetic but detached and dispassionate concern for the wellbeing of others. Only by removing our emotional involvement with consumers can we make rational decisions about how to best meet their needs.

For fans of empathy techniques in identifying business opportunities, Against Empathy is a curiously compelling read. Bloom identifies real weaknesses in being an “Empath”, and we need to be aware of these limitations. But in a world of Big Data, where decisions are increasingly de-humanised and informed by spreadsheets rather than people, do we really want to emulate AI, algorithms and robots? We can’t out-AI AI, but what we can do is play to our human strengths and become more human, more empathic and in doing so see what AI can’t (yet) – the experiential and emotional reality of our fellow humans. Empathy has the power to make the experience of others observable and salient to us, and in doing so empathy can reveal opportunities that may be invisible to algorithmic logic.

To be fair, Bloom is not always against empathy, he just wants less of it involved in our decisions – particularly those of a moral kind. But by focusing on the affective – emotional – dimension of empathy rather than the cognitive – perspective-taking – dimension, Bloom creates an empathic straw man. Cognitive empathy is part of our social intelligence, and perspective-taking may even be pre-requisite to collaboration and cooperation. The two facets of empathy – cognitive and affective – work together and are like two halves of an archway, each supporting each other to see the world through an arched doorway from the perspective of the other; without both sides of the arch, the doorway collapses and there is nothing to see. Quantitative analysts are keen on the quip “in God we trust, all others bring data”, but as card carrying Empaths, we’re with Henry Ford on this – in humans we trust, because we bring empathy. 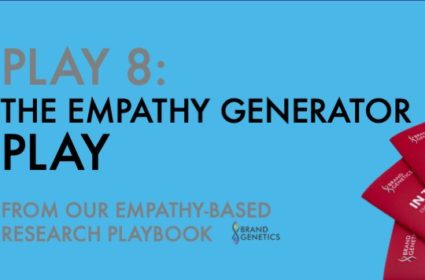 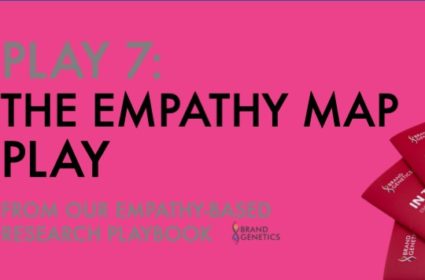 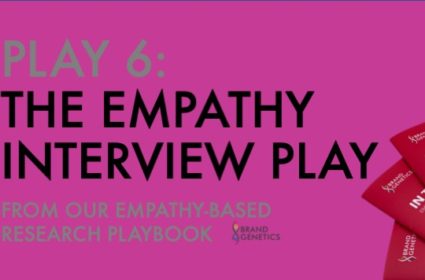