Man Down: The Future of Masculinity with Dr. Paul Marsden

Having worked closely with Brand Genetics for several years, Dr. Paul Marsden has been a central part of our campaign exploring modern masculinity. Recently, he took the time to share his thoughts on the future of gender and branding and the impact it is having on the marketing landscape.

Q: Why do managers need to understand masculinity?

Masculinity is the label used to define a set of male-typical traits – physical, behavioural and psychological – that distinguish men from women. Masculinity is an important concept because it is a core part of men’s identity – their self-concept, in terms of both gender and sexuality. If you want to understand men, you need to understand their masculinity, or more accurately, their masculinities.

Q: Could you give us a brief history of masculinity and explain its changing face in the last few years?

Q: What is ‘positive masculinity’ and what do we need to know about it?

Q: What is the future of masculinity?

Beyond positive masculinity, I think the future may lie in understanding masculinities as gendered manifestations of universal human needs.  In other words, masculinity can be seen as an expression of our common humanity.  For example, we know that three basic human needs for human happiness are Autonomy, Relatedness and Competence (the ARC of happiness – as identified in positive psychology). By targeting these human universals, brands can move beyond gendered stereotypes and maximise appeal. Fashion is leading the way here with the rise of activewear and athleisure that is promoted through human universals rather than focusing on the politics of identity, sexuality, race or gender. For example, NikeFree explores autonomy, whilst UnderArmour celebrates competence, and Reebok, with its long running #BeMoreHuman campaign champions humans being awesome.  So, for me, I think being human is the new masculinity.

Thus, it is fair to say that masculinity is constantly changing shape as our attitudes towards gender and identity continue to evolve. 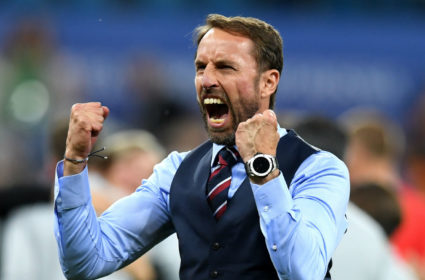 Modern Masculinity What does it mean to be a man today?
In the wake of wider social change, traditional concepts of masculinity are under fire.  Witness the rising debate around the relevance of gender and gender roles, and movements like #metoo. Many men...
8th November 2018   |   3 minute read
Load more