What does it mean to be a man today?

In the wake of wider social change, traditional concepts of masculinity are under fire.  Witness the rising debate around the relevance of gender and gender roles, and movements like #metoo. Many men feel this part of their identity is being challenged and questioned: in a recent YouGov poll, more young men (18-24yrs) saw masculinity as a negative rather than a positive trait.

In the first of a series of reports on identity (we will also turn our attention to Female Identity and Digital Identity), we aim to decode the changing nature of masculinity now and in the future. By summarising current research and evidence-based-thinking we highlight three new male identities, as well as six key insights for brands and businesses interested in better addressing men. You can download the full report for free now.

So what does it mean to be a man today? Our research has identified three emerging male identities – ‘toxic’, ‘soft’ and ‘positive’ – each of which has implications for brands and businesses targeting men:

Since 2006 toxic masculinity has been widely adopted as a pejorative term for stereotypical male behaviour deemed to be harmful to women, society and to men themselves. It is normally characterised by unwelcome displays of dominance, irresponsible risk-taking and misogyny. Although, while this behaviour may be conscious, it may also be the result of unconscious bias, arguably as a direct defensive result of having masculinity challenged.

Overall, toxic masculinity may be seen a form of hypermasculinity, the exaggeration of stereotyped behaviour believed to be masculine. The opportunity is for brands to take a stand against this position and its consequences, using their platform to embrace and develop products or services that channel more positive forms of masculinity.

In response to toxic masculinity, attempts are being been made to reconstruct, recast and promote masculinity in a new softer form – this is characterised by an anti-macho mindset (co-opting ideals from 1980s ‘new man’ and 1990s ‘metrosexual’). Soft masculinity blurs the lines between masculinity and femininity, integrating characteristics more often associated with womanhood. Just on a surface level, the impact of soft masculinity, with interests in fashion, personal care and experience is significant; for instance, British men now spend more on grooming products and treatments each month than women (Barclays Research).

As such an opportunity exists for brands to be more human-centric than gender-centric, positioning and innovating to compete in an increasingly gender-fluid world by focusing opportunities on human universals, such as the need to experience autonomy, relatedness and competence.

Modern aspirational figures such as Anthony Joshua provide an embodiment and are driving the aspirational nature of this territory. The opportunity for brands is to champion the broader meaning and character of strength (e.g. courage, heroism, bravery), supporting men on their journey and providing inspiration.

Masculinity is clearly changing: the role, definition and standing of traditional masculinity is being eroded and this has left many questioning what it means to be a man today. For brands and businesses that target men, this represents a challenge but also an opportunity: how can you help redefine what masculinity means and champion positive male values? 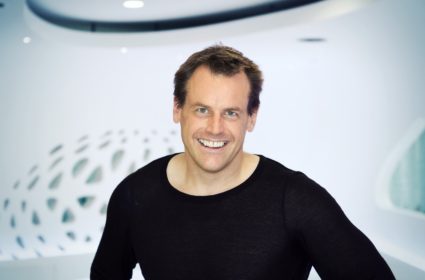 Modern Masculinity Man Down: The Future of Masculinity with Dr. Paul Marsden
Having worked closely with Brand Genetics for several years, Dr. Paul Marsden has been a central part of our campaign exploring modern masculinity. Recently, he took the time to share his thoughts on...
8th December 2018   |   3 minute read
Load more